Keeping up with the latest technology can be a considerable investment. You'll need to choose between getting general computers for office workers at the right value and efficiency without constantly upgrading at minor changes in the computer industry, as well as finding the right specialized computers for heavy-duty use. Along with these computer needs is the electrical system demand, which can lead to lost productivity or computer damage if your electrical wiring isn't finely-tuned. If you're working with an older building or a makeshift work center with rushed, poor wiring, take the time to understand computer demand and electrical wiring needs.

What Are The Electrical Demands Of Computers?

Computers have the benefit of being fairly standardized, especially if you're buying in bulk to staff entire departments. Although there is no single wattage that covers the entire business computer category, many modern personal computers and business workstations operate around 400w to 600w.

This amount can increase depending on specialization. Computer-Aided Design (CAD) computers have graphics cards for rendering (creating) complex designs, while medical research computers feature powerful processors for calculating multiple points of large-sized data at the same time. Music production studios or multimedia companies may need a sound card, which allows instruments to be connected to the computer and can assist in creating unique sounds.

These cards are called expansion cards, and may demand even more power. Faster processors for these advanced tasks may be necessary as well, while personal computers and business computers barely go beyond web browsing, creating documents or checking emails.

A single computer may not be a big deal when working with a commercial-purpose building, but the electrical load can add up quickly when installing computers at the department level.

With older buildings, wear and tear may have already reduced the wiring to brittle remnants of copper. As electricity is a source of heat, this wear and tear can become worse as a more constant demand of electricity comes through.

Computers add to the problem by not only being a consistent demand for electricity, but being sensitive to a lack of electricity. Larger industrial machines may not show the problem, but small power loss events can happen throughout the day. You may not notice the power loss outside of a brief flicker of the lights in a specific room, but computers can fail during these power loss situations.

To solve both problems, commercial electrical contractors can replace the wiring at the most basic service level. Beyond that, electricians can install a more sophisticated network of wiring and power distribution panels to make the load of electricity more even. A single wire won't have to handle as much of an electrical burden, reducing overall heat and making it less likely to overload a single outlets.

Contact an electrician like ABC Electric Co to survey your electrical needs for computer departments and general electrical upgrades. 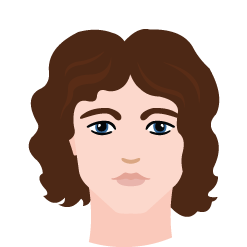 Hey there, I'm Finny Moreau. I like to explore the world of junk cars. If you're anything like me, you regularly pick through junkyards to find rare parts or even whole vehicles. Although I'd love to bring home all of the rare items I find on my searches, I have to be selective due to a lack of storage space. I would also never be able to use many of the items that I find. Instead, I bring home the best of the bunch for use on my own cars. I will use this site to discuss my findings in the junkyard. I will also explore the various uses of junkyard cars and parts. I hope to bring the discussion to dinner tables around the world to inspire others to use the wrecking yard on a regular basis. Welcome and thanks for visiting.